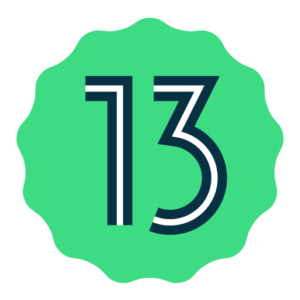 Here’s what I’ve discovered so far

Sweet themed codenames used to be included in all Android versions like cupcake, donut, eclair, froyo, honeycomb, icecream sandwich, jellybean, kitkat, lollypop, marshmallow, oreo, pie, and other. While Google no longer uses these codenames for marketing purposes, they are still used internally by the company’s developers. This name has been confirmed as Tiramisu for Android 13, following the not-publicly-used Snow Cone for Android 12, Red Velvet Cake for Android 11, and Quince Tart for Android 10.

Android 13 apps will have to explicitly ask you for permission before being authorized to send notifications. 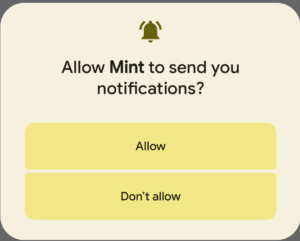 It will appear when an app initially launches and seeks the POST NOTIFICATIONS permission, just like most other permission prompts. You have the option of allowing or disallowing all notifications.

3- Settings for each app’s language:

As someone who mixes up English and any other language on his phone, this is a fascinating one for me. Android 13 offers a feature that allows you to change your preferred language for each app. This may not seem important if you’re someone who can easily operate all apps in the same language, but  there are alot of apps that are designed for a different native language with their poorly translated versions. 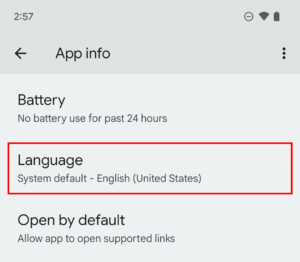 Android 13 may be the first version of Android to provide completely support for Bluetooth Low-Energy Audio. The standard is intended to replace regular Bluetooth audio streaming, and it offers a number of benefits, including lower energy consumption while maintaining audio quality, multi-stream support for sending signals to both of your earbuds at the same time (or to multiple headphones/speakers at the same time), and full support for Google’s hearing aid protocol features.

Google’s new photo picker, which was announced alongside Android 13 that appears to be very similar to how Apple handles images on the iPhone. Google will divide your photographs into their own menu rather than displaying all of your docs in a single arrangement.

Android has been steadily improving clipboard handling, and the latest update takes it to the next level. When you copy text on Android 13, a little floating window appears, allowing you to examine and modify the contents of your clipboard. This makes it simple to make changes to URLs or addresses before sending them out. As a privacy protection, the clipboard also auto-clears after a certain amount of time. 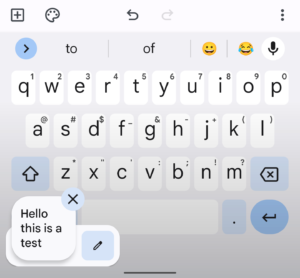 In previous Android versions, there was a separate app for scanning QR codes, but in Android 13, the function is simple enough that you won’t need a separate app.

If an app in Android 12 wants to locate nearby Wi-Fi devices, it will almost certainly require location permission. This is extremely risky. Google is adding the new NEARBY WIFI DEVICES runtime permission in Android 13, which allows developers a new alternative that doesn’t require unnecessary location access.

This is similar to the notifications permission mentioned before. When an app wants to access media files saved to a device’s local storage in Android 12 and older, it must first ask permission. That permission, READ EXTERNAL STORAGE, allows the app to access all types of media, not just the ones it needs. Android 13, on the other hand, will not work in this manner. You’ll need to give permission for each type of stored media. The three permissions are:

The ability to quickly pair is a fantastic feature. It enables you to rapidly pair your phone with Bluetooth accessories such as headphones. Rather of having to add things manually, your phone will just notify you that anything is nearby and ask whether you want to couple with it.

Fast Pair is now incorporated right into Android 13, making it much easier to operate.

Recent Posts
Recent Comments
Archives
Categories
Meta
Login to SOFIT Consultancy (Pvt.) Ltd
Reset Password
Enter the username or e-mail you used in your profile. A password reset link will be sent to you by email.